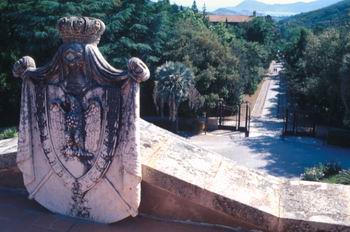 A half day guided tour will enable the client to visit both the Emperor’s Summer residence together with the Demidoff Museum in San martino as well as Winter Residence Palazzina dei Mulini that dominates the historical centre of Portoferraio.

Situated on a promomtory with a breathtaking view over Portoferraio and its natural harbour, one can visit the ruins of a grand Roman Villa that was
built towards the end of first century B.C. and the beginning of the first century A.C. under the Emperor Augustus.

Are to br found in Portoferraio, Rio nell’Elba and Marciana Alta where precious objects and referts recuperated from sunken merchant vessels or from excavation sites on the Island dating from the tenth century A.C. until the end of the third century D.C.

Impressive, defensive walls commissioned in 1548 by Cosimo 1° dé Medici to protect the city of Portoferraio. 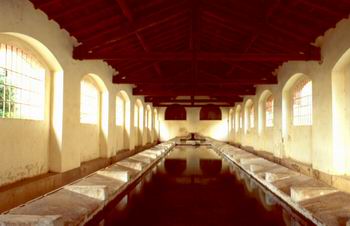 Most towns of the Island are characterized by small centres that bear witness to a great historical heritage.

Church and Museum of the Misericordia

Objects belonging to Napoleon and the history of one of the Island’s most interesting churches.

Let’s discover the enormous variety of minerals and semi-precious stones of the Island’s rich underground world.

The eastern part and the old mines

The true face of the Island where our history begins, we’ll lead you through the old mining towns so diverse yet so fascinating in their own right.

The granit coast and the fishermen’s villages, the most beautiful beaches, the Monte Capanne, the chestnut woods and the old terraced vineyards.

This website uses cookies to improve your experience while you navigate through the website. Out of these, the cookies that are categorized as necessary are stored on your browser as they are essential for the working of basic functionalities of the website. We also use third-party cookies that help us analyze and understand how you use this website. These cookies will be stored in your browser only with your consent. You also have the option to opt-out of these cookies. But opting out of some of these cookies may affect your browsing experience.
Necessary Always Enabled
Necessary cookies are absolutely essential for the website to function properly. This category only includes cookies that ensures basic functionalities and security features of the website. These cookies do not store any personal information.
Non-necessary
Any cookies that may not be particularly necessary for the website to function and is used specifically to collect user personal data via analytics, ads, other embedded contents are termed as non-necessary cookies. It is mandatory to procure user consent prior to running these cookies on your website.
SAVE & ACCEPT